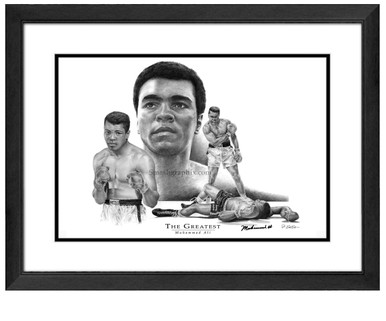 Muhammad Ali was born Cassius Marcellus Clay, Jr. on January 17, 1942. In 1999, Ali was crowned “Sportsman of the Century” by Sports Illustrated. He won the World Heavyweight Boxing championship three times, and won the North American Boxing Federation championship as well as an Olympic gold medal.

Ali was born in Louisville, Kentucky. He was named after his father, Cassius Marcellus Clay, Sr., (who was named for the 19th century abolitionist and politician Cassius Clay). Ali later changed his name after joining the Nation of Islam and subsequently converted to Sunni Islam in 1975.

This product hasn't received any reviews yet. Be the first to review this product!